Treat your kid with this Organic Rye & Oat Crunchies with Cinnamon to a natural, healthy and delicious meal, and his/her day will turn out great.  The rye flakes that are rich in fiber and vitamins will give him/her a boost of energy and a long-lasting feeling of satiety.

For Allergens: Including cereals containing gluten, see ingredients in bold.

Cereal is a food product made from processed cereal grains that is often eaten as the first meal of the day. It can sometimes be mixed with milk, yogurt, or fruit. Some companies promote their products for the health benefits from eating oat-based and high-fiber cereals. In America, cereals are often fortified with vitamins but can also lack many of the vitamins needed for a hearty breakfast. A significant proportion of cereals are made with high sugar content. Many breakfast cereals are produced via extrusion.

The breakfast cereal industry has gross profit margins of 40-45%, 90% penetration in some markets, and steady and continued growth throughout its history. The number of different types of breakfast cereals in the U.S. has grown from 160 (1970) to 340 (1998) to 4,945 (2012). In this highly competitive market, breakfast cereal companies have developed cereals in an ever increasing number of flavors. Although many plain wheat and oat based cereals exist, other flavors are sweet. Some of the most popular brands include freeze-dried fruit and others are flavored like dessert or candy.

The first cold breakfast cereal, Granula, was invented in the United States in 1863 by James Caleb Jackson, operator of Our Home on the Hillside which was later replaced by the Jackson Sanatorium in Dansville, New York. The cereal never became popular as the heavy bran and graham nuggets needed soaking overnight before they were tender enough to eat and were considered inconvenient.

George H. Hoyt created Wheatena circa 1879, during an era when retailers would typically buy cereal (the most popular being cracked wheat, oatmeal, and cerealine) in barrel lots, and scoop it out to sell by the pound to customers. Hoyt, who had found a distinctive process of preparing wheat for cereal, sold his cereal in boxes, offering consumers a more sanitary and consumer-friendly option.

In 1902 Force wheat flakes became the first ready-to-eat breakfast cereal introduced into the United Kingdom. The cereal, and the Sunny Jim character, achieved wide success in Britain, at its peak in 1930 selling 12.5 million packages in one year. In the 1930s, the first puffed cereal, Kix, went on the market. After World War II, the big breakfast cereal companies – now including General Mills, who entered the market in 1924 with Wheaties – increasingly started to target children. The flour was refined to remove fiber, which at the time was considered to undermine digestion and absorption of nutrients, and sugar was added to improve the flavor for children. The new breakfast cereals began to look starkly different from their ancestors.

In the 1920s, national advertising in magazines and radio broadcasts played a key role in the emergence of the fourth big cereal manufacturer, General Mills. In 1921, James Ford Bell, president of a Minneapolis wheat milling firm, began experimenting with rolled wheat flakes. After tempering, steaming, cracking wheat, and processing it with syrup, sugar, and salt, it was prepared in a pressure cooker for rolling and then dried in an electric oven. By 1925, Wheaties had become the “Breakfast of Champions”. In 1928, four milling companies consolidated as the General Mills Company in Minneapolis. The new firm expanded packaged food sales with heavy advertising, including sponsorship of radio programs such as “Skippy”, “Jack Armstrong, The All-American Boy”, and baseball games. Jack Dempsey, Johnny Weissmuller, and others verified the “Breakfast of Champions” slogan. By 1941 Wheaties had won 12% percent of the cereal market. Experiments with the puffing process produced Kix, a puffed corn cereal, and Cheerios, a puffed oats cereal. Further product innovation and diversification brought total General Mills sales to over $500 million annually (18% in packaged foods) by the early 1950s.

The processing of grains is a process that helps remove the bran and germ. This process allows the grains to stay good longer, but it also removes important vitamins such as vitamin B, dietary fibers and iron. Processing is the modification of a grain or mixture of grains usually taking place in a facility remote from the location where the product is eaten. This distinguishes “breakfast cereals” from foods made from grains modified and cooked in the place where they are eaten.

RYE
Organic rye flour of the highest quality – contains vast array of biologically active substances, and considerably more fibre and vitamins E than many other grains.

The benefits of rye:
• Creates satiety due to the insoluble fibre in it
• Helps food travel through digestive tract faster
• Reduces the bile acid levels
• Helps to clear body of toxins thus reducing the rish of colon cancer
• Lowers the risk of type 2 diabetes due to the high levels of Magnesium and Manganese in rye
• Lowers the cholesterol level and reduces the risk of heart and cardiovascular diseases due to their low GI (glycemic index) 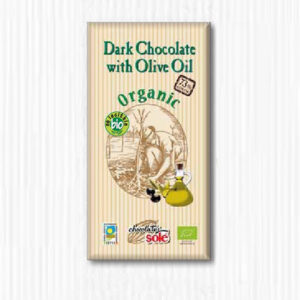 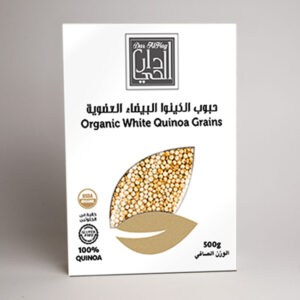 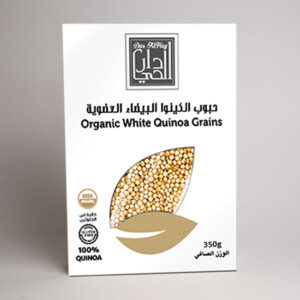