Enjoy the taste of this superfood, while maintaining your complete diet system.

Number8 Organic Brown Flax Seeds is one of the healthiest food products, with high quality, high nutrition value and protective nutrients, in comparison to other types of seeds, as It is one of the richest plant-based sources of omega-3 fatty acids and a whole lot of other essential nutrients.

Flaxseed was cultivated in Babylon as early as 3000 BC. In the 8th century, King Charlemagne believed so strongly in the health benefits of flaxseed that he passed laws requiring his subjects to consume it. Now, thirteen centuries later, some experts say we have preliminary research to back up what Charlemagne suspected.

The earliest evidence of humans using wild flax as a textile comes from the present-day Republic of Georgia, where spun, dyed, and knotted wild flax fibers were found in Dzudzuana Cave and dated to the Upper Paleolithic, 30,000 years ago. Flax was first domesticated in the Fertile Crescent region. Evidence exists of a domesticated oilseed flax with increased seed size by 9,000 years ago from Tell Ramad in Syria. Use of the crop steadily spread, reaching as far as Switzerland and Germany by 5,000 years ago. In China and India, domesticated flax was cultivated also at least 5,000 years ago.

Flax was cultivated extensively in ancient Egypt, where the temple walls had paintings of flowering flax, and mummies were entombed in linen. Egyptian priests wore only linen, as flax was considered a symbol of purity. Phoenicians traded Egyptian linen throughout the Mediterranean and the Romans used it for their sails. As the Roman Empire declined, so did flax production, but Charlemagne revived the crop in the eighth century CE with laws designed to publicize the hygiene of linen textiles and the health of linseed oil. Eventually, Flanders became the major center of the linen industry in the European Middle Ages. In North America, flax was introduced by the colonists and it flourished there, but by the early twentieth century, cheap cotton and rising farm wages had caused production of flax to become concentrated in northern Russia, which came to provide 90% of the world’s output. Since then, flax has lost its importance as a commercial crop, due to the easy availability of more durable fibres.

Flaxseed and its oil have repeatedly been demonstrated to be nontoxic and are generally recognized as safe for human consumption. Like many common foods, flax contains small amounts of cyanogenic glycoside; these are nontoxic when consumed in typical amounts, but may be toxic when consumed in large quantities of such staple foods such as cassava. Typical concentrations (for example, 0.48% in a sample of defatted dehusked flaxseed meal) can be removed by special processing.

In a 100-gram serving, flaxseed contains high levels (> 19% of the Daily Value, DV) of protein, dietary fiber, several B vitamins, and dietary minerals. Ten grams of flaxseed contains one gram of water-soluble fiber (which lowers blood cholesterol) and three grams of insoluble fiber (which helps prevent constipation). Flax contains hundreds of times more lignans than other plant foods. Flaxseeds are especially rich in thiamine, magnesium, potassium, and phosphorus (DVs above 90%).

One study of research published between 1990 and 2008 showed that consuming flaxseed or its derivatives may reduce total and LDL-cholesterol in the blood, with greater benefits in women and those with high cholesterol.

Recent studies have suggested that flaxseed may have a protective effect against breast cancer, prostate cancer, and colon cancer. At least two of the components in flaxseed seem to contribute, says Kelley C. Fitzpatrick, director of health and nutrition with the Flax Council of Canada.

The lignans in flaxseed may provide some protection against cancers that are sensitive to hormones without interfering with the breast cancer drug tamoxifen. Thompson says some studies have suggested that exposure to lignans during adolescence helps reduce the risk of breast cancer and may also increase the survival of breast cancer patients.
Lignans may help protect against cancer by blocking enzymes that are involved in hormone metabolism and interfering with the growth and spread of tumor cells.
Some of the other components in flaxseed also have antioxidant properties, which may contribute to protection against cancer and heart disease.

Cardiovascular Disease:
Research suggests that plant omega-3s help the cardiovascular system through several different mechanisms, including anti-inflammatory action and normalizing the heartbeat. Fitzpatrick says new research also suggests significant blood pressure-lowering effects of flaxseed. Those effects may be due to both the omega-3 fatty acids as well as the amino acid groups found in flaxseed.
Several studies have suggested that diets rich in flaxseed omega-3s help prevent hardening of the arteries and keep plaque from being deposited in the arteries partly by keeping white blood cells from sticking to the blood vessels’ inner linings.
“Lignans in flaxseed have been shown to reduce atherosclerotic plaque buildup by up to 75%,” Fitzpatrick says.
Because plant omega-3s may also play a role in maintaining the heart’s natural rhythm, they may be useful in treating arrhythmia (irregular heartbeat) and heart failure. More research is needed on this.
Eating flaxseed daily may also help your cholesterol levels. The level of LDL or “bad” cholesterol in the bloodstream has been linked to an increased risk of heart disease, obesity, diabetes, and metabolic syndrome. A study of menopausal women showed a decrease in LDL level after the women ate 4 tablespoons of ground flaxseed each day for a year. Fitzpatrick says the cholesterol-lowering effects of flaxseed are the result of the combined benefits of the omega-3 ALA, fiber, and lignans.

Diabetes:
Preliminary research also suggests that daily intake of the lignans in flaxseed may modestly improve blood sugar (as measured by hemoglobin A1c blood tests in adults with type 2 diabetes).

Inflammation:
Two components in flaxseed, ALA and lignans, may reduce the inflammation that accompanies certain illnesses (such as Parkinson’s disease and asthma) by helping block the release of certain pro-inflammatory agents, Fitzpatrick says.
ALA has been shown to decrease inflammatory reactions in humans. And studies in animals have found that lignans can decrease levels of several pro-inflammatory agents.
Reducing inflammation associated with plaque buildup in the arteries may be another way flaxseed helps prevent heart attack and strokes.

Hot Flashes:
One study of menopausal women, published in 2007, reported that 2 tablespoons of ground flaxseed mixed into cereal, juice, or yogurt twice a day cut their hot flashes in half. The intensity of their hot flashes also dropped by 57%. The women noticed a difference after taking the daily flaxseed for just one week and achieved the maximum benefit within two weeks.
But another study reported no significant reduction in hot flashes between postmenopausal women and breast cancer patients eating a bar containing 410 milligrams of phytoestrogens from ground flaxseed and women eating a placebo bar.
The results, says Thompson, are consistent with other studies that have shown no siginifcant difference in the effect on hot flashes between flaxseed and placebo.

Flaxseed Isn’t a Magic Bullet It’s tempting to think of flaxseed as a super food because of its many potential health benefits. But keep in mind there is no magic food or nutrient that guarantees improved health.
What matters is consistently making great dietary choices as part of an overall healthy lifestyle. 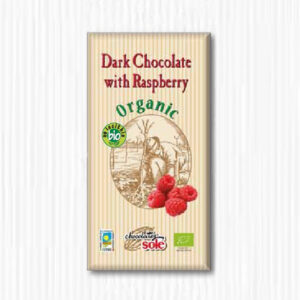