Sweeten your day with a distinctive taste of sugar that is perfect to enhance the flavor of fruit, complement a cup of coffee, or sweeten a bowl of cereal.

Number8 Organic White Sugar is 97% to nearly 100% carbohydrates, respectively, with less than 2% water, and no dietary fiber, protein or fat. With such a high quality, high nutrition value and protective nutrients; we invite you to try Number 8 Organic White Sugar for cooking and baking, and savor the delicious taste!

Sugar has been produced in the Indian subcontinent since ancient times and spread from there into modern-day Afghanistan through the Khyber Pass.[5] It was not plentiful or cheap in early times and honey was more often used for sweetening in most parts of the world. Originally, people chewed raw sugarcane to extract its sweetness. Sugarcane was a native of tropical South Asia and Southeast Asia. Different species seem to have originated from different locations with Saccharum barberi originating in India and S. edule and S. officinarum coming from New Guinea. One of the earliest historical references to sugarcane is in Chinese manuscripts dating back to 8th century BCE that state that the use of sugarcane originated in India.

In the tradition of Indian medicine (āyurveda), the sugarcane is known by the name Ikṣu and the sugarcane juice is known as Phāṇita. Its varieties, synonyms and characterics are defined in nighaṇṭus such as the Bhāvaprakāśa (1.6.23, group of sugarcanes).

The Greek physician Pedanius Dioscorides in the 1st century CE described sugar in his medical treatise De Materia Medica, and Pliny the Elder, a 1st-century CE Roman, described sugar in his Natural History: “Sugar is made in Arabia as well, but Indian sugar is better. It is a kind of honey found in cane, white as gum, and it crunches between the teeth. It comes in lumps the size of a hazelnut. Sugar is used only for medical purposes.”

Sugar was found in Europe by the 1st century CE. Sugar remained relatively unimportant until the Indians discovered methods of turning sugarcane juice into granulated crystals that were easier to store and to transport. Crystallized sugar was discovered by the time of the Imperial Guptas, around the 5th century CE. In the local Indian language, these crystals were called khanda (Devanagari: खण्ड, Khaṇḍa), which is the source of the word candy. Indian sailors, who carried clarified butter and sugar as supplies, introduced knowledge of sugar on the various trade routes they travelled. Buddhist monks, as they travelled around, brought sugar crystallization methods to China. During the reign of Harsha (r. 606–647) in North India, Indian envoys in Tang China taught methods of cultivating sugarcane after Emperor Taizong of Tang (r. 626–649) made known his interest in sugar. China then established its first sugarcane plantations in the seventh century. Chinese documents confirm at least two missions to India, initiated in 647 CE, to obtain technology for sugar refining. In South Asia, the Middle East and China, sugar became a staple of cooking and desserts.

Crusaders brought sugar home with them to Europe after their campaigns in the Holy Land, where they encountered caravans carrying “sweet salt”. Early in the 12th century, Venice acquired some villages near Tyre and set up estates to produce sugar for export to Europe, where it supplemented honey, which had previously been the only available sweetener. Crusade chronicler William of Tyre, writing in the late 12th century, described sugar as “very necessary for the use and health of mankind”. In the 15th century, Venice was the chief sugar refining and distribution centre in Europe.

In August 1492 Christopher Columbus stopped at La Gomera in the Canary Islands for wine and water, intending to stay only four days. He became romantically involved with the governor of the island, Beatriz de Bobadilla y Ossorio, and stayed a month. When he finally sailed, she gave him cuttings of sugarcane, which became the first to reach the New World. The first sugar-cane harvest in Hispaniola took place in 1501, and many sugar mills had been constructed in Cuba and Jamaica by the 1520s. The Portuguese took sugar cane to Brazil. By 1540, there were 800 cane-sugar mills in Santa Catarina Island and another 2,000 on the north coast of Brazil, Demarara, and Surinam.

Sugar was a luxury in Europe until the 18th century, when it became more widely available. It then became popular and by the 19th century, sugar came to be considered a necessity. This evolution of taste and demand for sugar as an essential food ingredient unleashed major economic and social changes. It drove, in part, the colonization of tropical islands and areas where labor-intensive sugarcane plantations and sugar manufacturing could thrive. The demand for cheap labor to perform the hard work involved in its cultivation and processing increased the demand for the slave trade from Africa (in particular West Africa). After slavery was abolished, there was high demand for indentured laborers from South Asia (in particular India). Millions of slave and indentured laborers were brought into the Caribbean and the Americas, Indian Ocean colonies, southeast Asia, Pacific Islands, and East Africa and Natal. The modern ethnic mix of many nations that have been settled in the last two centuries has been influenced by the demand for sugar.

Sugar also led to some industrialization of areas where sugar cane was grown. For example, in the 1790s Lieutenant J. Paterson, of the Bengal establishment, promoted to the British Government the idea that sugar cane could grow in British India – with many advantages and at less expense than in the West Indies; as a result, sugar factories were established in Bihar in eastern India. During the Napoleonic Wars, sugar-beet production increased in continental Europe because of the difficulty of importing sugar when shipping was subject to blockade. By 1880 the sugar beet was the main source of sugar in Europe. It was also cultivated in Lincolnshire and other parts of England, although the United Kingdom continued to import the main part of its sugar from its colonies.

Until the late nineteenth century, sugar was purchased in loaves, which had to be cut using implements called sugar nips. In later years, granulated sugar was more usually sold in bags. Sugar cubes were produced in the nineteenth century. The first inventor of a process to produce sugar in cube form was the Moravian Jakub Kryštof Rad, director of a sugar company in Dačice. He began sugar-cube production after being granted a five-year patent for the process on January 23, 1843. Henry Tate of Tate & Lyle was another early manufacturer of sugar cubes at his refineries in Liverpool and London. Tate purchased a patent for sugar-cube manufacture from German Eugen Langen, who in 1872 had invented a different method of processing of sugar cubes.

Glucose is a simple sugar with the molecular formula C6H12O6. Glucose is the most abundant monosaccharide, a subcategory of carbohydrates. Glucose is mainly made by plants and most algae during photosynthesis from water and carbon dioxide, using energy from sunlight. There it is used to make cellulose in cell walls, which is the most abundant carbohydrate. In energy metabolism, Glucose is the most important source of energy in all organisms. Glucose for metabolism is partially stored as a polymer, in plants mainly as starch and amylopectin and in animals as glycogen. Glucose circulates in the blood of animals as blood sugar. The naturally occurring form of glucose is D-glucose, while L-glucose is produced synthetically in comparably small amounts and is of lesser importance.

Glucose is on the World Health Organization’s List of Essential Medicines, the most important medications needed in a basic health system. The name glucose derives through the French from the Greek γλυκός, which means “sweet,” in reference to must, the sweet, first press of grapes in the making of wine. The suffix “-ose” is a chemical classifier, denoting a carbohydrate.

Sugar can have many positive effects on your life and metabolism. Here they are:

Calorie content: Sugar has a high calorie content that will give your body energy that you lack. However, all that energy is short lived and it can only give your short bust of increased productivity. Because sugar contains four calories per gram, but it lacks nutritious value (no dietary fibers) and because of that sugar is only an added ingredient in many meals.

Diabetes: Scientists have proven that diabetes is a genetic condition that is created from the moment we are born. Eating bad food and lots of sweets and fats can only decrease the efficiency of the pancreas, but in moderate use there are no health risks.

Skin health: Sugar’s glycolic acid can be very helpful in maintaining the health and look of your skin. Using it can help elimination blemishes and restoring the balance in the skin’s oils.

Less processed: Many people use high-fructose corn syrup as a means of sweetening their food, but that product is highly processed and can cause problems to their digestion. Sugars consist only from natural ingredients that can be processed easily by our metabolism.

Blood and insulin benefits: Many foods that have in them glucose are sweet, but our bodies (and especially liver) have larger problem disassembling glucose than fructose that can be found in sugar. Because of this, insulin levels will be greatly increased during the short periods of time, making you feel energetic and powerful. Sadly after that initial rush, drop of insulin will also make you hungry for more sweets. But that is not all. Because of the influence of sugar’s glucose has on the hormone leptin, you will indeed feel more full than after eating foods with fructose.

Minerals and nutrients: Sugars in their structure have ingredients that are passed to them from their natural sources, sugarcanes or beet. Elements such as phosphorus, calcium, iron, magnesium and potassium will not be greatly present in the industrially refined sugar.

Environment benefits: Sugar is created from natural resources without the use of pesticides and other harmful products, in a way what don pollutes environment. That is not the case with the production of the industrial artificial sweeteners. 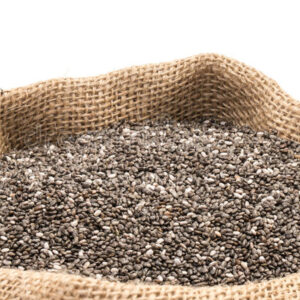 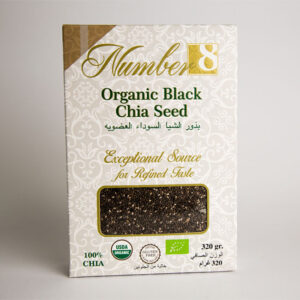 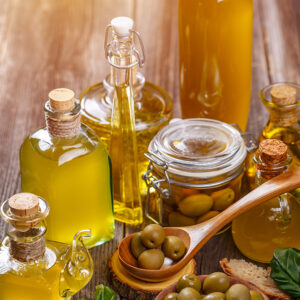 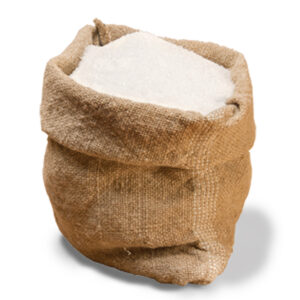